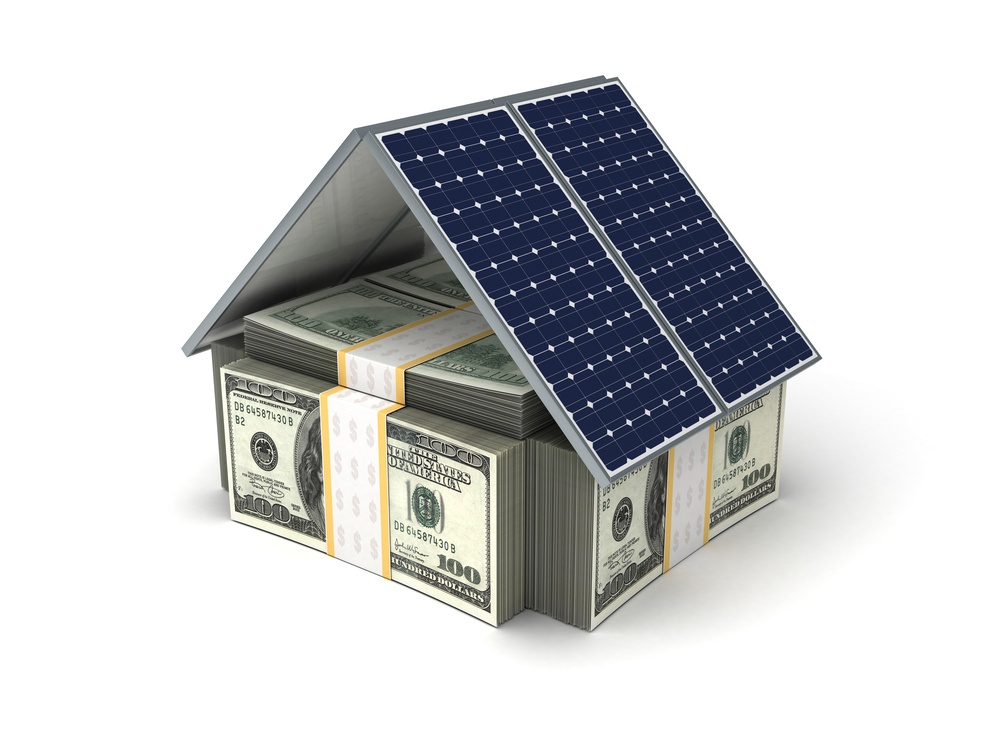 Solar is a Great Investment  Today, not Years From Now

2. Solar is a Great Investment Today,

not Years From Now

The cost of solar has come down over 50% over the past 5 years and with incentives and programs designed to reduce the cost, solar is now competitive with traditional sources of producing electricity such as fossil fuels.

There’s no return paying utility bill: Paying your utility bill is a never ending expense, not an investment. You will never have paid enough electricity to one day get a return on that money. That’s just the way it’s been for 100 years so we’ve come to accept it. But now, for the first time in history, we have a choice. We can now generate our own electricity -- cleaner electricity -- on our own property without complete dependency on a single source and subject to additional peak hour rates, fuel charges, surcharges, nuclear plant construction fees, or rate hikes. Today, not years from now, we can make a choice of whether to keep paying that bill every month with no end in sight on foreign fuel sources that pollute our air or we can invest in clean, renewable energy that pays for itself and generates a return on your investment.

In Georgia, solar is a reliable source of affordable energy today. Typical payback times for residential in Georgia are between 8-12 years. For commercial, it’s between 5-8 years. Residential return on investment (ROI) generally comes in anywhere between 6-12%. Commercial ROIs are between 8-15%. How does this compare to the ROI on your electricity bill (yes, that's a trick question)? In fact, solar is now seen as a viable, sound investment outperforming CDs, savings bonds, and, in some areas of the country, outperforming the S&P. Solar is like generating a long-term steady dividend in the form of savings on your electricity bill. At last, we don’t have to keep paying that utility bill month after month, year after year without every getting anything back in return. 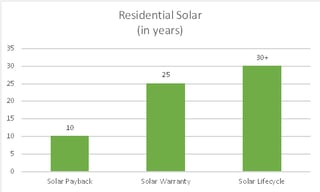 Hedge against rising utility rates: Historically, utility rates tend to rise. Some years rates will rise more than others but you can pretty much count on rates increasing anywhere from 2-5% annually. While rates go up, solar does not. Because there is no fuel cost and very low operating and maintenance costs, solar can be used to hedge against increasing utility rates. Most solar panels come with a 25-year production warranty so you can count on solar as a reliable and enduring source of energy. Using solar as a hedge in the summer months goes even further to reduce high peak demand charges. Solar generates more energy in the summer months when energy demand spikes and the cost of energy go up. Solar generates more energy when energy is the most expensive.

Tax incentives for homes and businesses: Solar comes with a 30% federal tax credit and a host of depreciation incentives for businesses. These incentives are designed to offset the upfront cost of solar and make it more affordable. The 30% federal tax credit is available for all homes and business in the year the system is installed. The credit can be carried forward for a number of years as needed. Businesses are also entitled to 50% bonus depreciation in year-one, accelerated depreciation (MACRS) over the first 5 years, and Section 179 depreciation where applicable. Total depreciation incentives are used to offset up to another 25% of the upfront cost within the first 5 years. Some utilities such as Jackson EMC offer a rebate for its residential customers who install solar. Jackson EMC’s rebate goes up to $4,500 for a 10kW system. Solar CrowdSource or your installation company can show you how all this works to estimate your payback and return on investment. Of course, all homes and businesses should consult with a professional tax advisor to see how tax incentives apply to their individual situation.

Some people will note that is not affordable without all these “subsidies” or that the government should not be picking winners and losers. There's no disputing that solar is more affordable with incentives than without but the same is true of all sources of energy. Oil and coal industries have been the beneficiaries of subsidies for over 100 years. Estimated annual subsidies for the fossil fuel industry range from $10-50 billion. Georgia Power customers pay a subsidy to Georgia Power every month on their bill. Georgia Power has received almost $1 billion from its customers over the past few years for nuclear plant construction. Georgia Power and it’s partners will also receive over $8 billion in federal loan guarantees for Plant Vogtel 3 & 4 which allows them greater access to capital at reduced rates. All energy is subsidized one way or another and it probably should be as long as all sources of energy are on an even playing field so the free market can do what it does best. It’s good public policy to support reliable, affordable, and clean energy.

Homes with solar fetch premium value: The most recent study regarding solar resale value was conducted by the Berkley National Laboratory funded by DOE’s National Renewable Energy Laboratory NREL. The study compared sales data of homes with solar and without solar in 6 regions throughout the US: Southern California, Florida-Gulf Coast, North Carolina, Maryland, Oregon, and Southern Pennsylvania. In all 6 states, homes with solar sold at a premium averaging $14,329 or $3.78/watt.  Closer to home, North Carolina homes sold at a premium averaging $11,229 or $2.68/watt. In Florida, solar homes sold for $12,760 more than non-solar homes or $3.45/watt. Although this is the most recent and comprehensive study available regarding the resale value of residential solar (November 12, 2015), the sales data used was between 2011-2014 when the cost of solar was more than it is today.

Note: as the cost of solar comes down, replacement cost should to be considered when calculating premiums.

The North Carolina and Florida results are fair comparisons to Georgia because installation costs and utility rates are similar. Intuitively, homes with solar selling at a premium makes perfect sense. Solar generates electricity that you would otherwise need to purchase from somewhere else. Solar reduces the overall cost to operate and maintain the home. It makes common sense that solar would increase the value of your home and this study’s findings support that conclusion universally across several regions on the US, including our own.

Solar programs reduce the cost of solar: Community-based solar programs such as Solarize Georgia reduce barriers to help make solar more affordable and accessible. Solarize Athens is one such program saving the residents of Athens up to 30% off the cost of solar. Soalrize Athens is comprised of a coaltion including Environment Georgia, Georgia Climate Change Coalition, Georgia Interfaith Power & Light, and Solar CrowdSource. The Athens-Clarke County Unified Government joined as an additional partner.