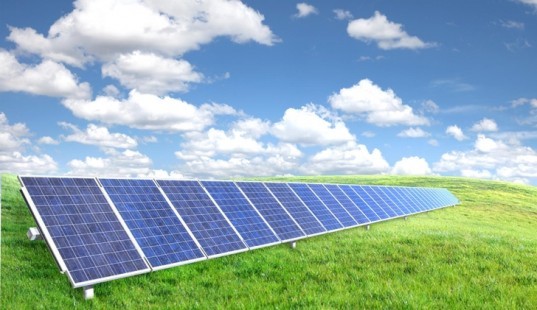 Clean and renewable are not just catchphrases used by solar advocates. These terms mean something which makes solar unique as compared to other generation sources. For example, some consider nuclear energy to be a clean source of power because it doesn't produce  greenhouse gas emmissions. But nuclear uses tremendous amounts of fresh water, its dangerous, and there's always the question of what to do with its radioactive waste for the next few 100,000 years. Likewise, some consider biomass to be renewable because it stores energy through photosythesis but it certainly is not clean because it releases CO2 when burned. Solar, like wind and hydro, is truly clean and renewable but solar even distinguishes itself further. Wind works best in places wind blows consistently like the Midwest and hydro can only work by daming stationary rivers. Solar on the other hand can be deployed anywhere the sun shines making solar a very attractive source of energy production for homes, businesses, and utility companies in Georgia.

Georgia’s greenhouse gas emissions. Georgia’s electricity is generated from of over 75% fossil fuels ranking Georgia as 11th among the largest greenhouse gas (GHG) emitting states in the US. In 2013, fossil fuels contributed to 137 million metric tons of CO2e (MMtCO2e). To put that into perspective, this is the same amount of emissions as 28 million cars driven for a year or over 18 million homes powered for a year.  The large majority of Georgia’s GHG emissions are caused by energy production which includes emissions from electricity production (48%) and from transportation (36%).

Still too abstract to really understand the how much pollution this is? Here’s another way of looking at it: a pickup truck weights about 6,000 pounds (3 metric tons). Now imagine a toxic substance equal to the weight of about 45 million pickup trucks and then dumping it into our rivers and oceans. This scenario would never be tolerated because you could see it. You could see how the pollution affects the water, beaches, animals, and ecosystems. It would be considered nothing short of a natural disaster and this is exactly what’s happening every year in Georgia and around the world. Just because CO2 is a gas and we can’t see it doesn’t mean it is less harmful to the environment. The only difference between dumping into the ocean or dumping into our atmosphere is that sheer size of the atmosphere allows GHG emissions to be “hidden” better. We can't see it, it's too abstract, and it therefore doesn't resinate as well as other types of pollution.

While trees and forests act like carbon sinks and sequester CO2, in the case of Georgia, it would take a 112 million acres of US forest to offset our annual emissions. The entire state of Georgia itself is approximately 58 million acres so we are quite upside down on the sustainability balance sheet.  It would take over two Georgia’s completely covered in forest to offset our emissions.

Solar is clean energy. On the other hand, solar releases zero emissions, the sun will keep shining on earth for billions of years, and once installed, very little ongoing expense is required.  With every utility-scale solar farm that pops up in South Georgia, the grid becomes cleaner. With every home and business that goes solar, C02 emissions are being avoided. With every electric car on the road, our air becomes healthier. We can’t make the switch to a clean energy economy overnight but thanks to solar being more affordable than ever, each day we can make small incremental changes that add up to avoid large amounts GHG emissions in the future.

Solar is renewable. Solar is a renewable source of energy which means as long as the sun come up, solar panels will continue generate electricity. This is a stark contrast to fossil fuels which are finite and scarce. Fossil fuels are formed from the remains of plants and animals that died hundreds of millions of years ago. We are extracting and burning millions of years of fossil fuels at an alarming rate. And we are exceedingly efficient at it such as the advent of fracking. Although it's hard to know how much longer we can live on fossil fuels (most estimates are 100 years at current levels of population growth), we do know fossil fuels will not last forever.  Over time, fossil fuels will become more scarce and more expensive. For a state dearth of this type of resource yet almost completely dependent on it, Georgia lawmakers and policymakers continue to put its residents in a very precarious position with no end in sight. No one can regulate the supply of light from the sun. No cartel or Wall Street speculator can artificially manipulate this fuel source. It’s in Georgia’s best interest to harness this abundant, domestic, and free fuel source and ensure Georgia’s sustainable future.

Solar requires very little maintenance. Once solar is installed, that’s about it. You can set it, leave it, monitor it, and enjoy the electricity it produces for decades to come. A new solar system will continue to generate clean energy 30+ years. There is very little additional cost required to operate and maintain a solar array.  There are no additional and fluctuating fuel costs and no moving parts to service. Standard systems come with nifty monitoring capabilities so you can track system performance in real-time on your smartphone or other device, generate reports and brag to your friends.

Whether you believe in human-caused climate change or not, burning fossil fuels emit enormous amounts of GHGs and consume massive amounts of fresh water. Georgia’s fossil fuel and nuclear plants use as much fresh water as is consumed by residential, commercial, industrial, public supply, and agricultural sectors combined. Sunlight is all that’s needed for solar to power your home or business and if the sun doesn’t come up in the morning then we have bigger problems. Georgians should start now to wean itself off dependence on dirty, out-of-state fuel sources and begin the transition to a clean, domestic, and renewable source to power its energy future.