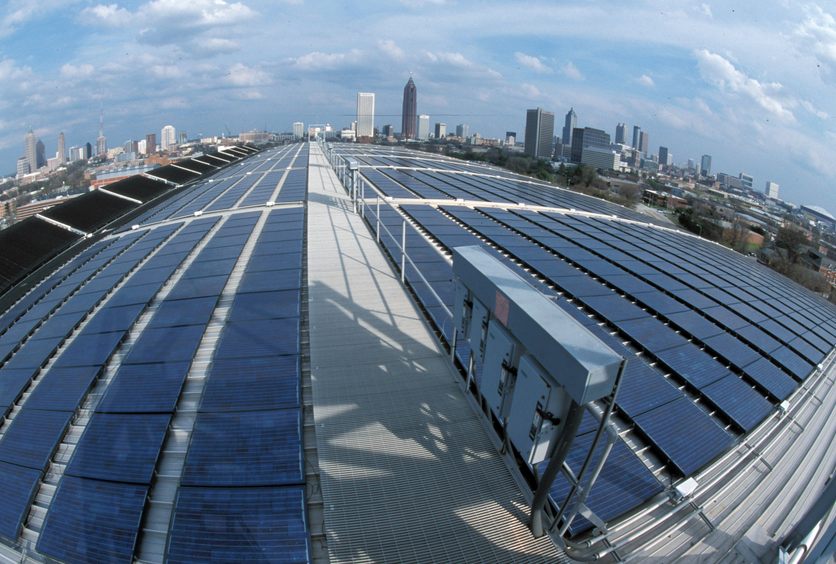 Colleges and universities are a natural fit for solar energy—not only because their classrooms can fuel much of the research and innovation for the solar energy industry, but also for their physical layout and sheer size (the large, flat roofs of campus buildings are a great place for solar panels). The following are colleges with solar programs that are truly making a difference in solar energy in the United States and Georgia.

Campuses are more and more catering to environmentally savvy prospective students with a show of sustainability while saving money on future electricity bills by powering up with solar energy. Not surprisingly (see How Does Georgia Solar Development Power Up to Other States), many of the top schools for solar generation are located in California, the country's "solar leader." However, two universities are tied with California as a whole for number one in solar installation in the U.S.: Colorado State University and Princeton University. Who knew?! According to Solar Novus, in promoting solar on their campuses, Princeton emphasizes the tremendous learning opportunities for students while Colorado State emphasizes connections to the local economy and jobs. Applause, please.

While larger universities like these are doing great things, some smaller and perhaps less well-known schools are making even larger commitments to solar. For example, Butte College near Sacramento, Calif. (yes, California again!), is the first solar-powered college in America, currently generating 102 percent of their electricity from solar. Apparently, the school is on track to produce about 6.5 million kilowatt hours per year. All we have to say about that is: wow! We should all follow this great example—it IS possible!

As for colleges with solar programs in their actual classrooms, there are many across the U.S.! Energy.gov lists resources on higher education opportunities in energy, particularly those concerning energy efficiency and renewable energy, here. And we should all be proud that our local Georgia Tech is one of these leaders in innovation and has vast research dedicated to the advancement of solar technologies. Did you know that, in the mid-70's, the Engineering Experiment Station (now the Georgia Tech Research Institute) operated a solar energy research program with interests in high-temperature solar thermal energy conversion, electric power generation, and liquefaction and gasification of biomass using solar thermal energy? That's right. 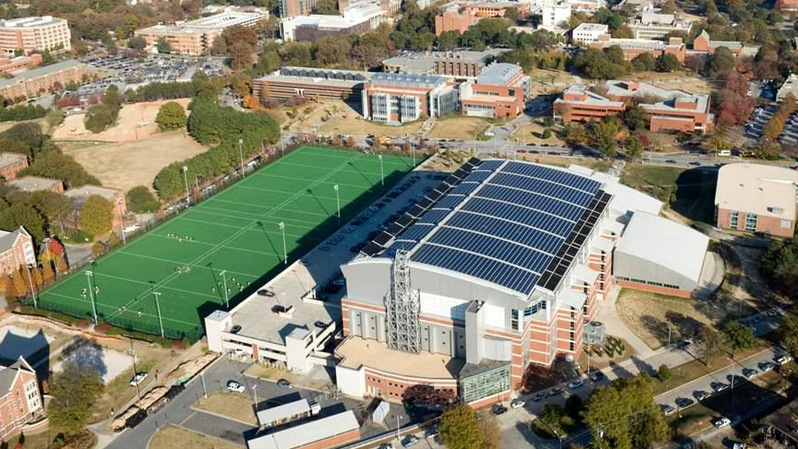 According to Georgia Tech, "Today, the Center operates a 340-kilowatt PV system installed on the Georgia Tech Aquatic Center, which was built for the 1996 Olympics. It produces enough electricity to provide 30 to 40 percent of the building's power needs - an amount sufficient to energize 70 average homes.

The Aquatic Center serves as a test bed for large-scale PV arrays. It continues to provide a wealth of information about the reliability of large PV systems, how they should be connected to the utility grid for effective, distributed generation and what architects should expect from the growing number of similar systems being integrated into new buildings." More work also is under way at the university to produce basic scientific advances and improvements in manufacturing technologies for silicon solar cells.

Exciting advances, from colleges choosing to go solar to those with academic programs focused on solar innovation, are happening all over the country as well as right here on Georgia soil. It's inspiring to see and read about what these universities are doing, and they are the microcosm of the macrocosm—meaning, if they can do it, larger local government entities like entire cities can do it. And we're happy to say that we can help you get there with our solar campaigns that remove many barriers to obtaining solar energy.

If you represent a college or university and would like to learn more about cost-efficient ways to implement a solar program on campus buildings and properties like the above schools, contact us to find out about our helpful and intuititive Georgia Solarize and Solar Marketplace programs.